I, Frank the Wiener, would like to formally announce that I am entering the race for Paw-resident of the United States. Bo and Sunny have had a good run in the White House, but let’s be serious their time is up next November. They may be holding down the cuteness in DC, but I don’t think they have passed any legislations on the hill yet. As part of my plan to move into the oval paw-fice, I am laying out my campaign! If you vote for me, I will make everything below happen:

1. Belly rubs, lots of belly rubs. Every dog deserves a good belly rub at least once a day. I would like to paw-pose a mandatory belly rub policy so no dog has to go a single day without a belly rub. 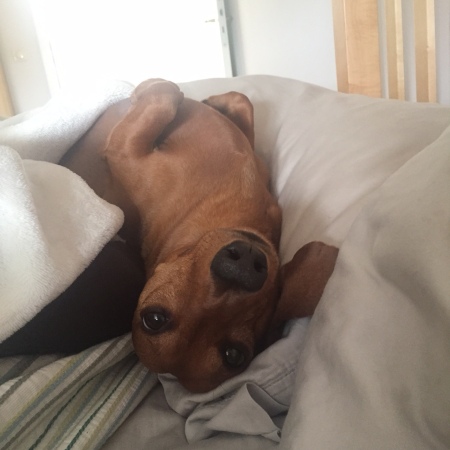 2. Treats, did someone say treat? Each dog should get at least 3 treats per day. Because of my stubborn nature, I should not have to perform a trick or roll over to receive a treat. My humans should just give it to me because they love me and the same should go for all the other doggies out there.
3. Vicious Wiener Dog Alarms. To bolster our military, I am proposing that we implement a vicious wiener dog alarm system. Nothing gets by us wiener dogs, and you can bet your bottom I am going to bark when I hear suspicious activity. Who am I kidding…I bark when there isn’t even any suspicious activity. But that’s besides the point! All intruders will be greeted with barking, followed by butt wiggles, and eventually more belly rubs. Bad intruders will be greeted but barking followed by death below the knees.
4. Dogs should be allowed EVERYWHERE. I’ve done my fair share of globe trotting and it is a much better life when I am allowed in places. Besides, who would not want to let this cuteness in through the door? Restaurants, shops, stores, you name it, us dogs should be welcome too! (As long as our humans know how to clean up after us!)
5. Mandatory reverse curfew. Humans are not allowed to wake us up before 10AM. I have a lot of friends that are early risers, but I have been known to need my beauty rest. If I could sleep until 10AM each day life would be great. Oh, and I should be able to nap whenever I want…because thats just the way it should be.

6. Destruction of all squeakers. Any object that makes a noise resembling a squeak, must be destroyed…by me! Line them up one by one and I will personally rip it to shreds until all limbs have been removed and or the squeaker is just pieces of plastic. 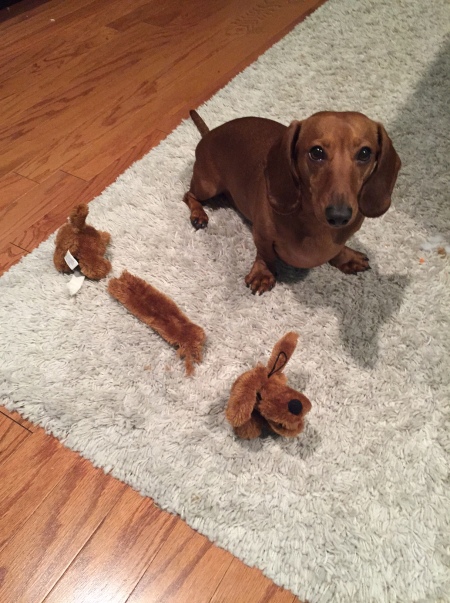 7. Installation of extra windows. Us dogs need our SUN. Sometimes mom and dad can find me scraping the bottom for a mere glimpse of sunlight to lay in. This problem would be solved for all dogs if there was just more windows.

In conclusion, if you vote for me, the world would obviously be a much better place full of happiness, belly rubs, and sunshine. If you don’t vote for me, you better put some extra padding around your ankles. JUST KIDDING. Or am I……

***DISCLOSURE: This is not a political endorsement